Ethan Kennedy and Mariah Eliot were never wed. They’d both been in their early twenties when they met as interns at The Boston Globe, their dreams a little bigger and brighter at the time than the bundle of wails that would arrive in their arms not long after. A son they agreeably named Caleb, after an uncle on the Kennedy side of things, while he took his mother’s maiden name for her abrupt return with the infant to her hometown of Leytonstone in East London.

Both parents would continue with their pursuits in journalism despite the hiccup. Ethan, to date, is a columnist for the San Diego Union-Tribune; Mariah went on as a photojournalist for various British news agencies before opening a small photography studio in Camden where she resides today. Neither Ethan nor Mariah have plans to marry—each other or anyone else.

It was in this same spirit of independence and a singular shared interest that Caleb was raised. From the time he was four, he began spending six-month intervals equitably exchanged between separate parents and separate continents. A bastard half-breed, he’d joke, though intendedly aimed at his own expense—such as his ‘flexible’ accent and common mix-ups between transatlantic cultures and expressions—rather than any grudge held against the fairly unconventional parenting technique. To a pair of single parents’ credit, Caleb enjoyed quite an exceptionally comfortable childhood—the best of both worlds, one could say—despite what his later struggles in adulthood might suggest.

He was widely traveled, highly adaptable to the seasonal changes of his surroundings, a promising student in both continents’ curriculums and extra-curricular activities—his talents encouraged on rugby fields and dance studios—and more or less well-adjusted among his peers though prominent bonds were easily formed but difficult to sustain with his half-year disappearances from each scene.

Between 2007 and his graduation in 2011, Caleb attended UC Berkeley pursuing his own degree in Journalism to add to his disjointed family’s collection—turning down a performing arts scholarship, and to some slight dismay of both parents, who had their concerns over the decision being overly influenced by their own career choices. The concern understandable but, for the most part, needless; those seeds perhaps planted long before the decision was in their horizons. Perhaps just as unsurprisingly, Caleb excelled in his courses, and by the time he’d begun his junior year, was already on the fast-track for a job at the San Diego Union-Tribune—an opening he’d eventually turn down as well, appreciative of the strings pulled, but less than keen to ride on his father’s coattails.

Instead, and despite his similarly stubborn insistence on a student loan that had him already embroiled in stereotypically Millennial debt, he remained in the Bay Area, settling on an entry-level copy editor position at the San Francisco Chronicle, where he’s been for the past seven years. Occasionally, he writes for a handful of fairly reputable blogs on the online publishing platform Medium.

Beyond that, he nurses his drinking problem, which he insists is only a problem when he isn’t drinking. 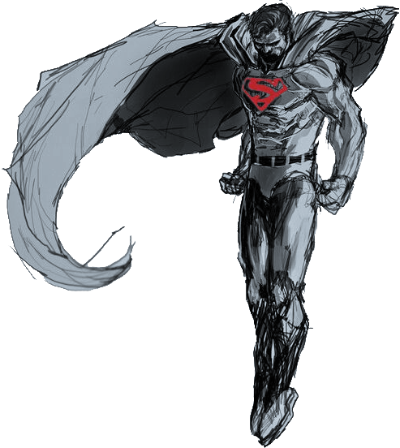